The teeth of the crow sharks vary in shape more than any other species present here. Their teeth are flattened and normally have a greater width than length (in laterals). Crow shark teeth are also the only serrated type of shark tooth found here other than Pseudocorax. The ratio between tooth length and width gets smaller as you go further back into their mouth. They sort of don’t have an “anterior tooth” or “lateral position” or “posterior position”, such as in Scapanorhynchus teeth. It is just the tooth angle along with a couple other features that change. Anterior teeth have more of a straight shape, and posteriors are more curved distally. Crow teeth also sometimes possess small foramina on the labial side of the root. They have a cutting type of dentition.

Quotations are placed around “kaupi” because it is a paleobucket term which includes more than one species. It will likely be very difficult to determine how many “kaupi” species there really are.

S. pristodontus had fewer variations in tooth shape than S. “kaupi“. This likely has to do with the fact that it had fewer teeth in its jaws (the less teeth, the greater the chance they look similar to each other) than S. “kaupi“; it also has to do with the fact that “kaupi” is a paleobucket (the more species, the more variation). S. “kaupi” had a slightly smaller body size, but S. “kaupi” teeth are not smaller solely because of that reason; its jaws were only slightly smaller than that of S. pristodontus, but it had smaller teeth also because it had a higher tooth count. Both species have simplex serrations. S. pristodontus likely did not have a symphyseal tooth file. 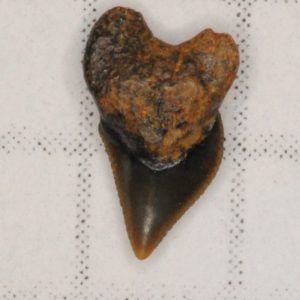 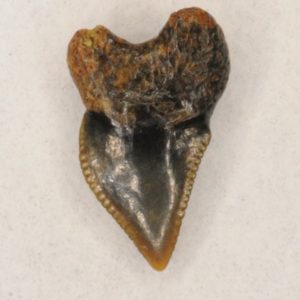 This tooth is most likely a symphyseal. There is a small chance it could be an extreme anterior tooth, but its morphology matches better with a symphyseal tooth. Symphyseal Squalicorax teeth have a lot of variation – some have one root lobe, are hook-like, and have serrations only on one side of the crown. Note the absence of a distal notch on this symphyseal. 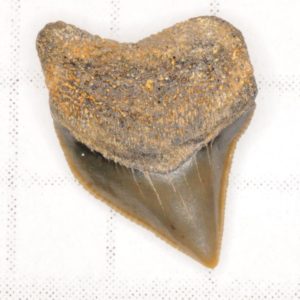 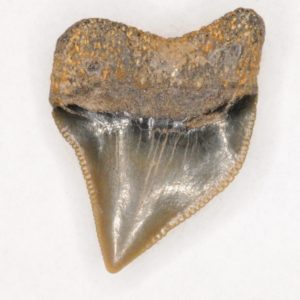 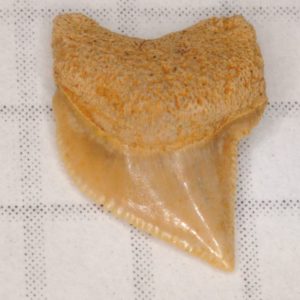 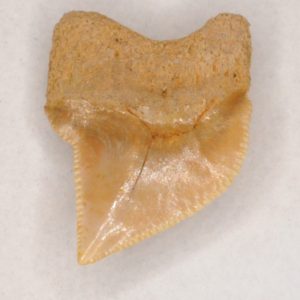 A nice yellow one. 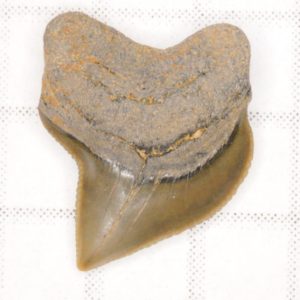 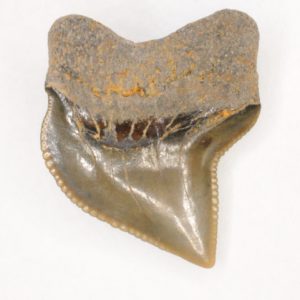 This tooth is a great example of the variability of this shark. In most sharks (Scapanorhynchus is a good example) the mesial root lobe is longer than the distal one. This tooth has a larger distal root lobe. 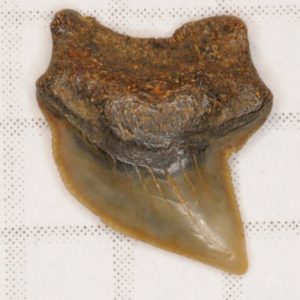 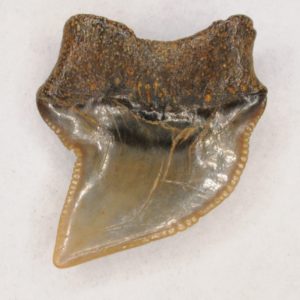 This tooth has a markedly different morphology than the others. It has a relatively deeper distal notch and a small mesial notch. It also has a different root shape. 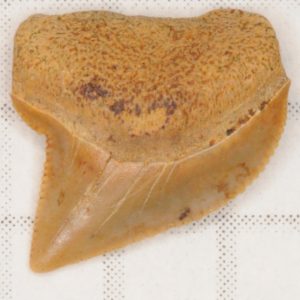 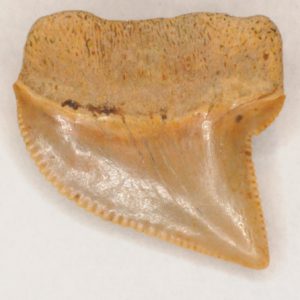 Lateral teeth are broader and more distally angled. The root lobes are shorter than on the more anterior teeth. 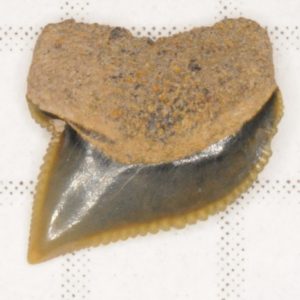 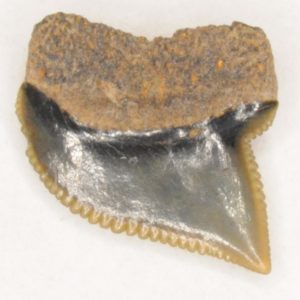 This tooth is from a juvenile. It is significantly smaller and less robust than the adult ones shown above. Juvenile teeth are less common than adult teeth. 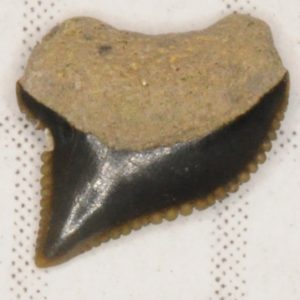 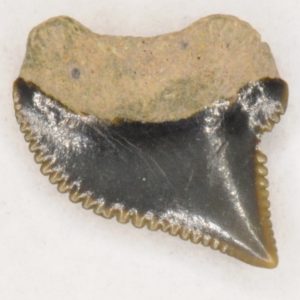 This is another juvenile tooth. It is very similar to the one shown above. 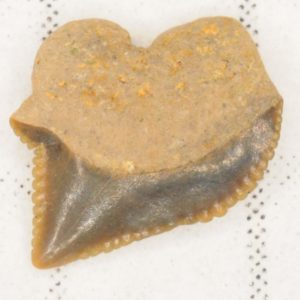 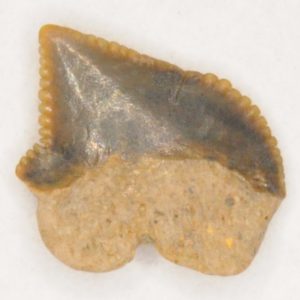 This juvenile tooth has a very interesting root shape. It is very bilobate, unlike most Squalicorax teeth which have a main root with two very small root lobes. 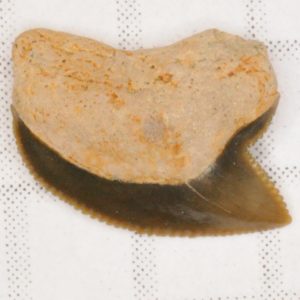 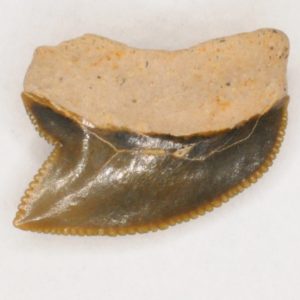 Posterior teeth look distinctly different. They are very curved backward toward the distal side. The distal notch usually has an acute angle. 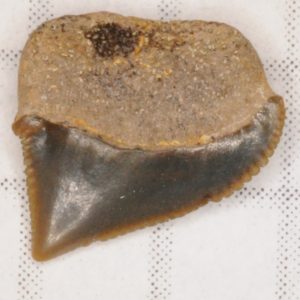 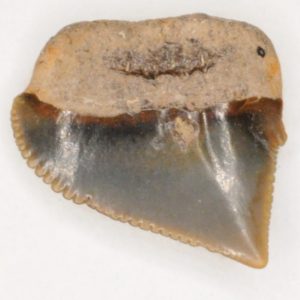 This posterior tooth is different from the norm. It does not really curve like the “usual” posterior teeth. This tooth is a posterior because of the relatively low crown. It also has a couple interesting features. The distal notch is almost nonexistent – it looks like a little bud next to the crown. The mesial serrations on the upper part of the crown are significantly smaller than the serrations on the lower part of the crown.