The ratfish belonged to the subclass Holocephali of the class Chondrichthyes. They are cartilaginous fish that are sort of on the border between the sharks and fish.

They possess three types of bony crushing plates. They possessed two palatine crushing plates on the roof of their maxilla. They also possessed two vomerine plates at the front of the maxilla; these plates look similar to the incisors of a rodent. The mandible possessed two mandibular plates. Each plate was mostly bone with spots on the crushing surface containing tritors. Most of the crushing occurred on the tritors. Tritors are spongy-looking rows of calcified cartilage. The tritors are almost always fossilized with a yellow color. The mandibular and palatine plates are found much more frequently than the vomerines. The ratfish possesses a single fin spine which is located in front of the anterior dorsal fin. The spine contained venom and was used to ward off predators. The spine is flattened laterally and possesses fine striations and growth cracks. The trailing edge has a double row of denticles and is slightly hollow. The spines are slightly curved toward the posterior edge, although not as much as Hybodont spines.

Ratfish had cephalic claspers just like Hybodont sharks did, but they did not fossilize because they are not mineralized like Hybodont claspers. Information from Al Dente on TheFossilForum. 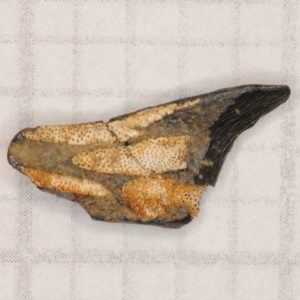 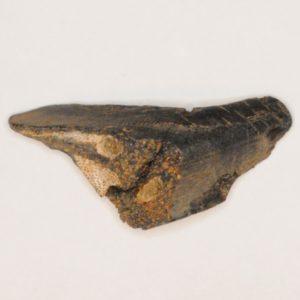 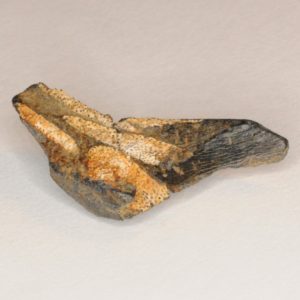 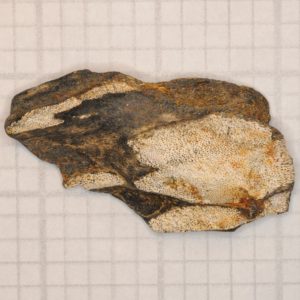 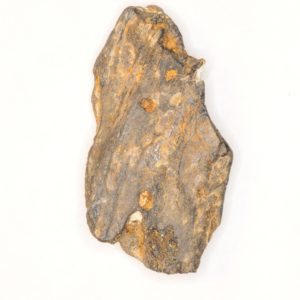 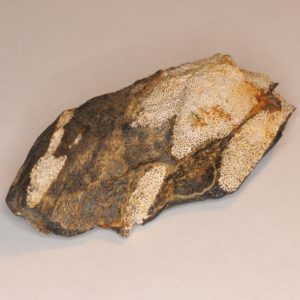 A large left mandibular. This type of mouth plate was located on the mandible (two on either side). 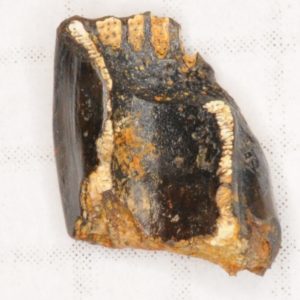 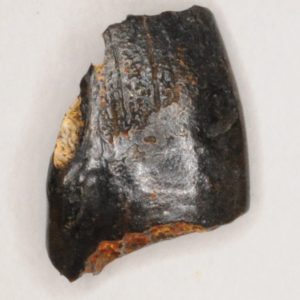 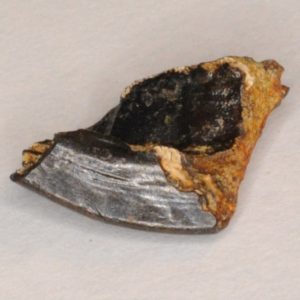 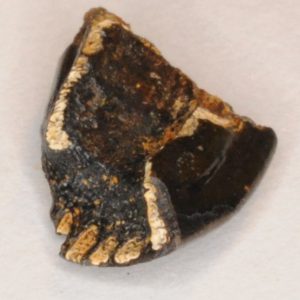 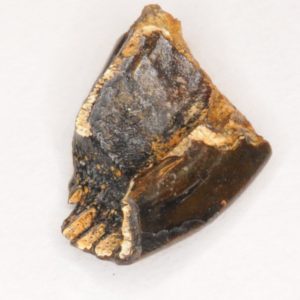 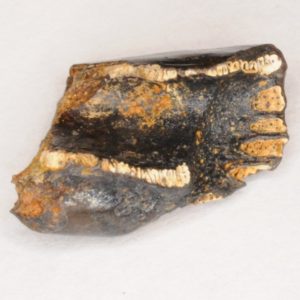 A nice complete left vomerine. Two of these formed a beak-like structure at the anterior of the maxilla. These are the hardest type of ratfish mouth plate to find in nice shape. 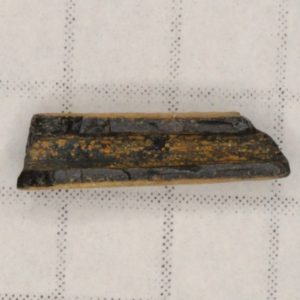 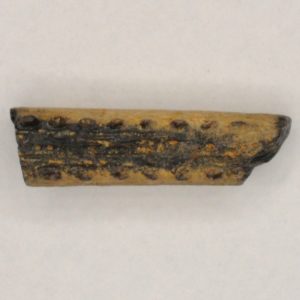 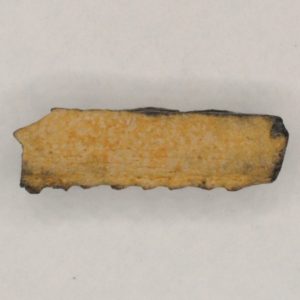 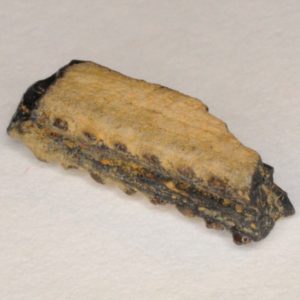