This was a medium to large sized bony fish which is found fairly commonly in Kansas. Here in New Jersey they are more difficult to come by. The exact species is not known, there may be a couple present. I suspect there are at least two species, although the differences in the teeth may be just because of variation, gender (unlikely), and/or age. One tooth form is more robust, while the other is slenderer. Their teeth have a smooth enamel coating, with no sign of growth cracks or striations. They have a stout look to them which can sometimes make them resemble reptilian teeth. Their apex is fairly blunt, even when pristine. They can be distinguished from reptile teeth by a slight flattening on one of their carinae. Their bases are also uniquely shaped; they have a wide but shallow indentation, unlike crocodile and plesiosaur teeth which have narrow and relatively deeper indentations. Pachyrhizodus teeth are also usually less massive than Mosasaur teeth. 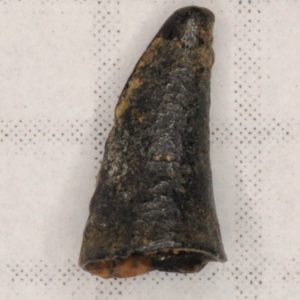 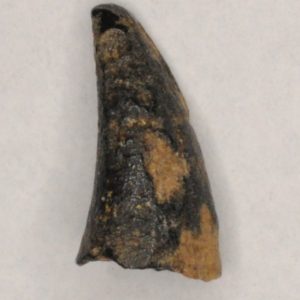 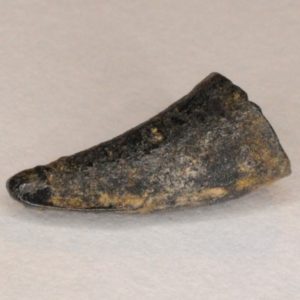 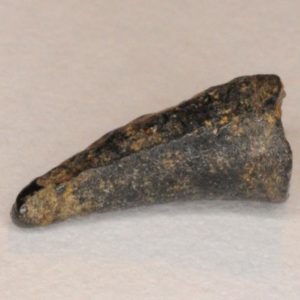 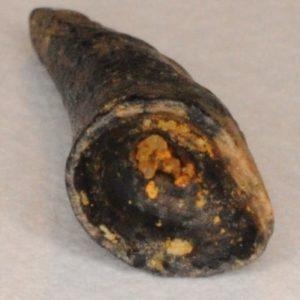 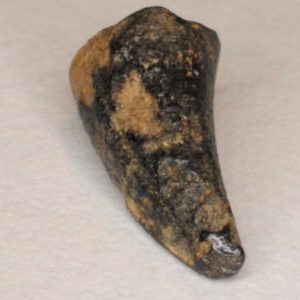 A more typical tooth. Most are missing the enamel. 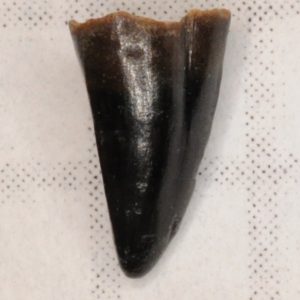 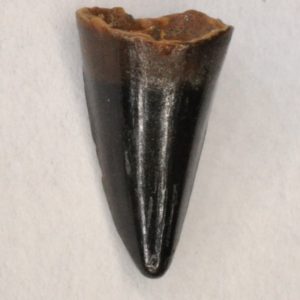 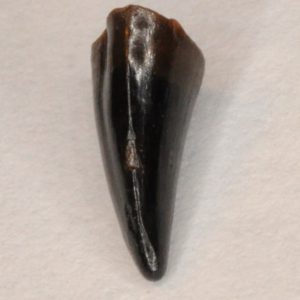 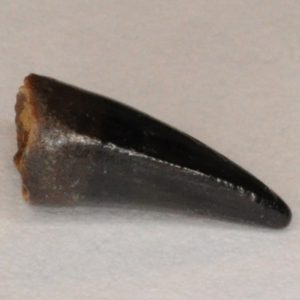 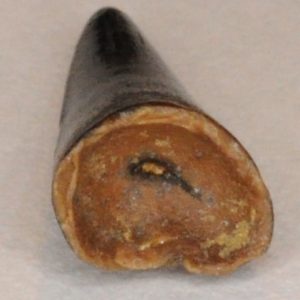 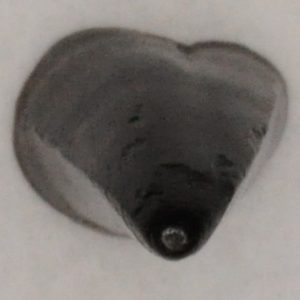 A nice tooth with the enamel. 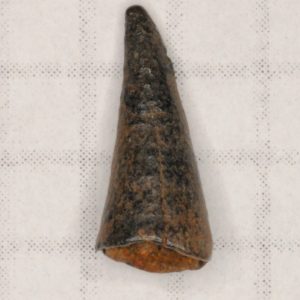 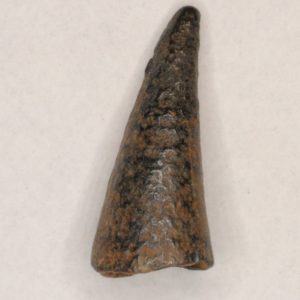 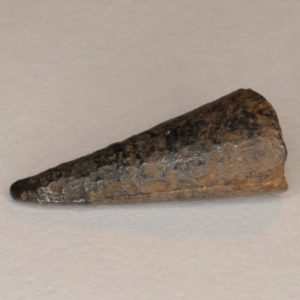 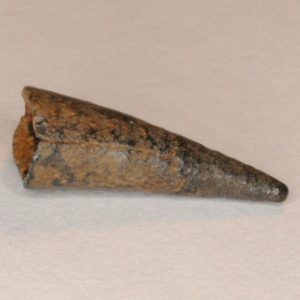 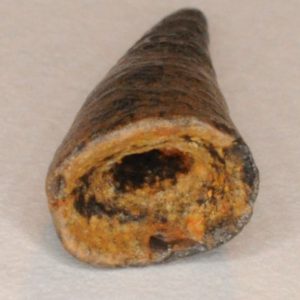 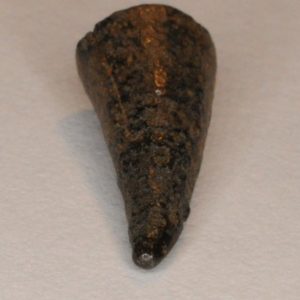 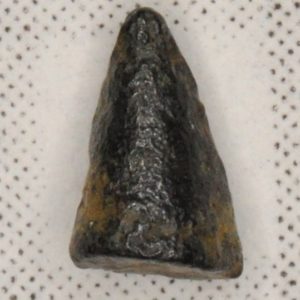 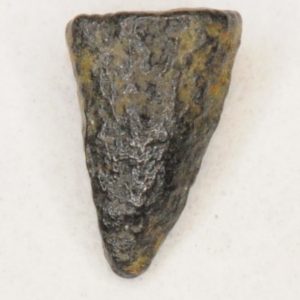 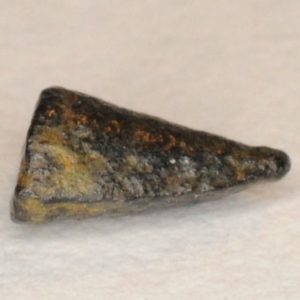 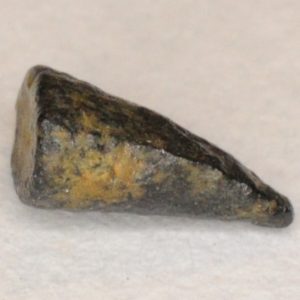 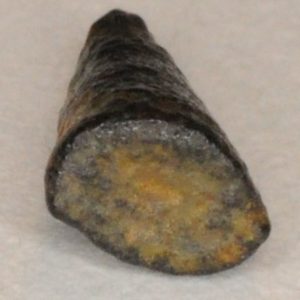 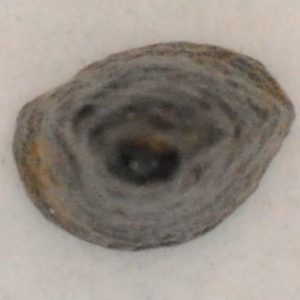 A small tooth. This one is around 5 mm.