The teeth of this more ancient and primitive extinct shark are triangular with some basal wrinkles present on some teeth. The root is porous and is almost never fossilized. The cusplets are far from the crown, separated by lateral extensions of the enamel along the root margins, which explains why the teeth are usually found without the cusplets. Some teeth did not possess cusplets. The cephalic claspers were used for mating. Typically four of them would be located on a male shark’s head. Modern sharks don’t possess cephalic claspers. Instead, they have two pelvic claspers that are located in between their pelvic fins. Other sharks of the time also had cephalic claspers, but they did not fossilize. The Hybodonts also had two fin spines- one in front of the primary dorsal fin, and one in front of the secondary dorsal fin. There appears to be significant variation in the Hybodont spines. Some have faint lines running on the surface and faint tubercles with no trailing edge of spikes, others have prominent tubercles, a trailing edge of spikes, and no lines on the surface. Still others have faint lines and prominent tubercles. A possibility is that some belong to Lonchidion babulskii, and the rest belong to Hybodus sp. The difference between ratfish fin spines and Hybodus fin spines is that ratfish spines have a trailing edge of two rows of spikes, while Hybodont spines only have one row of spikes. The ratfish spines also have a smooth outer surface unlike the Hybodont spines which are studded. 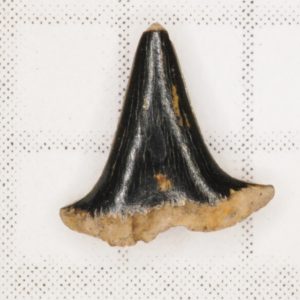 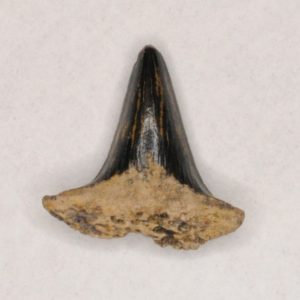 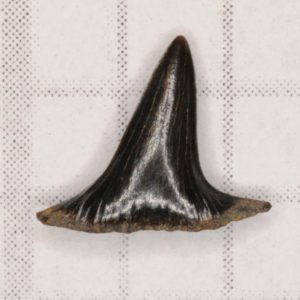 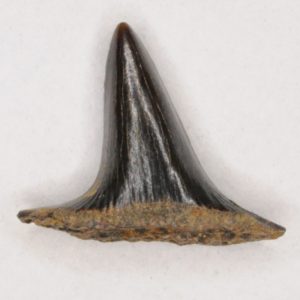 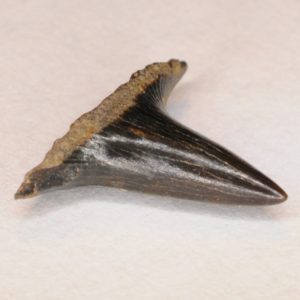 These teeth are well preserved crowns. The root and cusplets are typically missing. 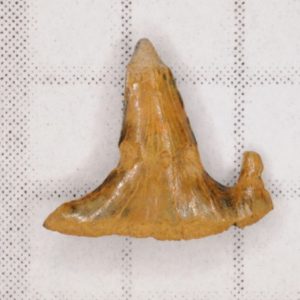 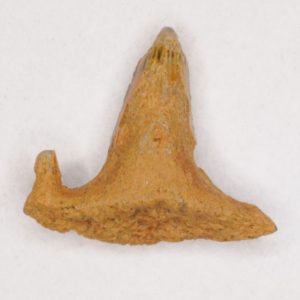 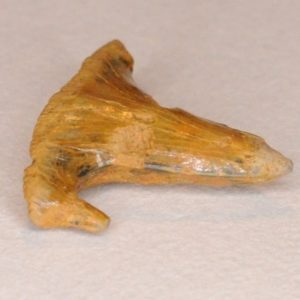 This tooth still has a single cusplet still attached. 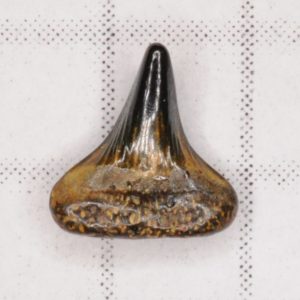 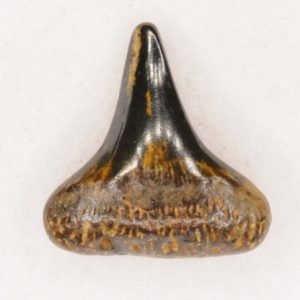 This tooth is my only complete specimen so far (it did not possess cusplets by the small look of it and short enamel ledges running along its root) and is shown in lingual and labial views. 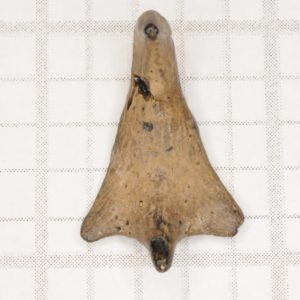 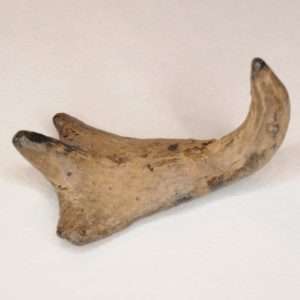 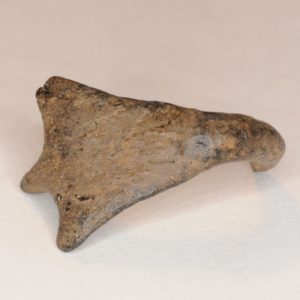 This is one of my best Hybodont cephalic claspers. 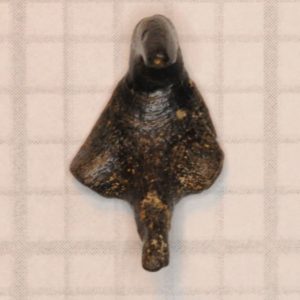 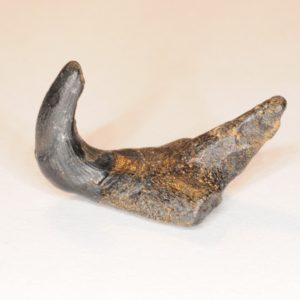 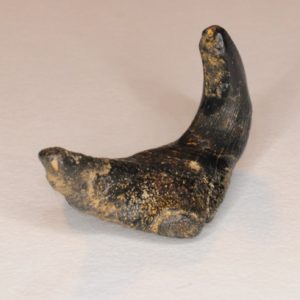 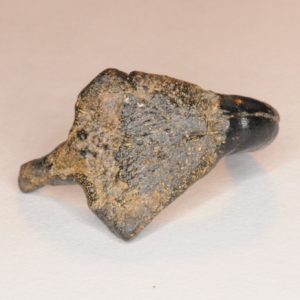 Another awesome cephalic clasper. It even has the wrinkles preserved (these can be seen in the top and profile views) around its hook and body. 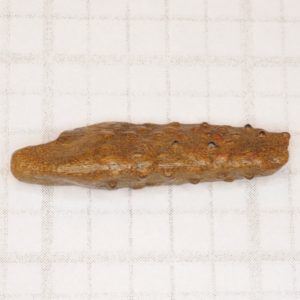 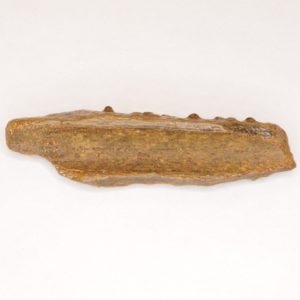 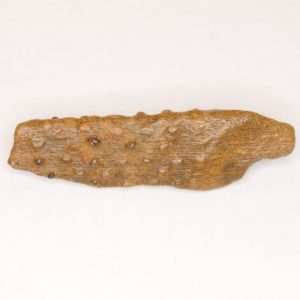 This is a partial Hybodont fin spine (1 3/8 inches). It has relatively strong striations and prominent tubercles. The tubercles/”dots” aren’t present in many specimens, confusing collectors into thinking they have a piece of bone. Steve B. conjectures that the “dots” may fall off easily pre-fossilization.