This was a common type of ray. Its teeth are the most common elements recovered. The medial teeth are elongated with a double chevron shape at each side. The crown and root have the same general shape. The root possesses many root lobes and can have foramina in between the root lobes and on the outside surface of the root next to the crown.

The vertebrae and dermal denticles are probably found, but it would be difficult or impossible to attribute them to this specific ray because of no associated remains. 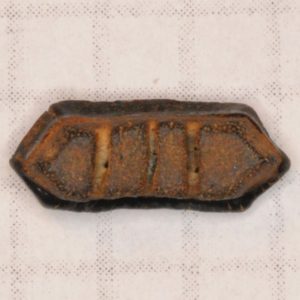 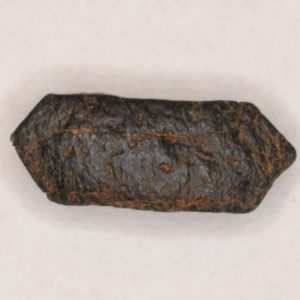 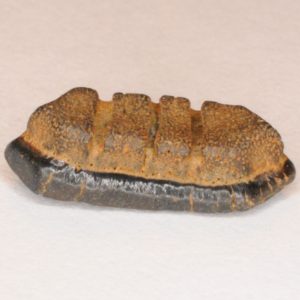 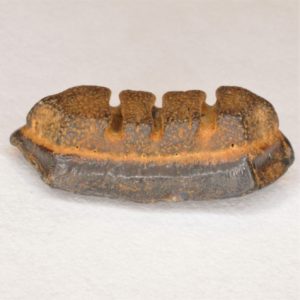 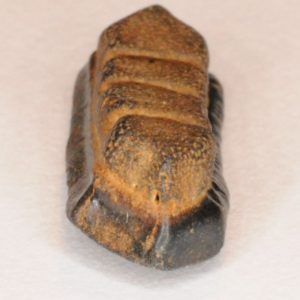 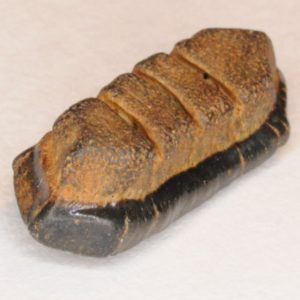 This is one of the medial teeth. The root foramina stand out well on this one. 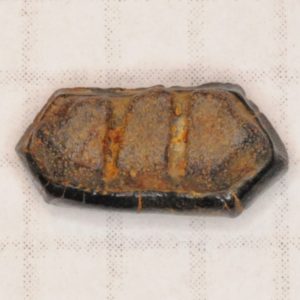 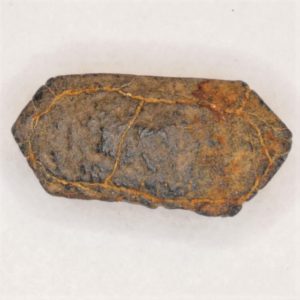 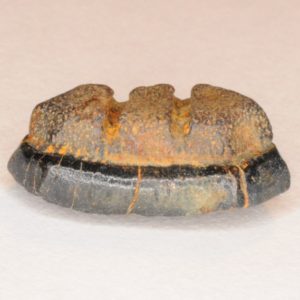 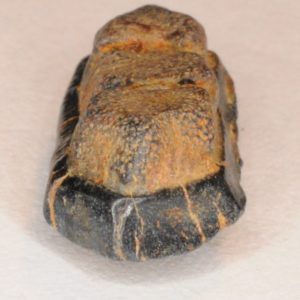 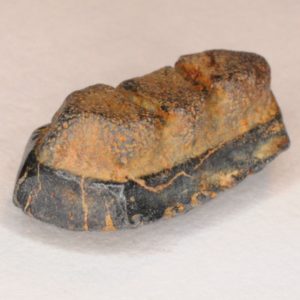 This medial tooth has less root sections and is from a different position. 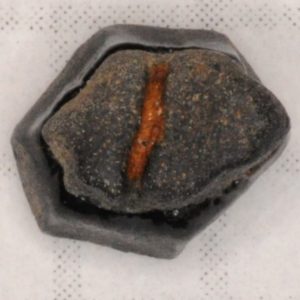 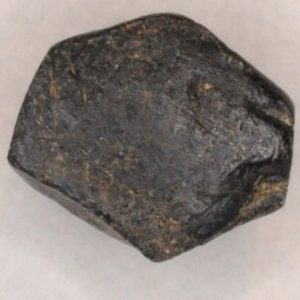 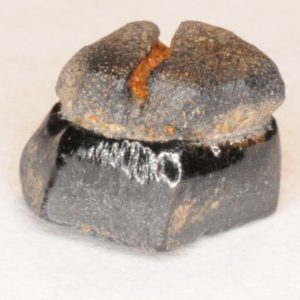 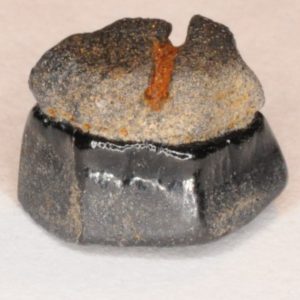 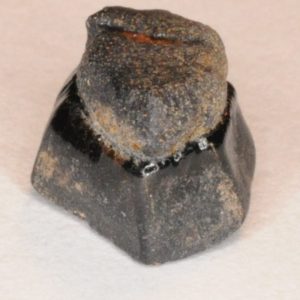 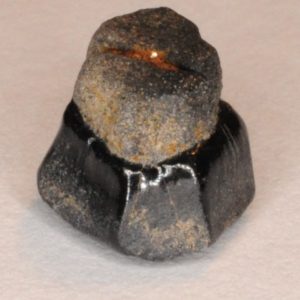 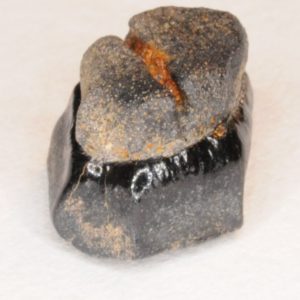 This is a nice lateral tooth with no wear. The lateral teeth have a different shape than the medial teeth. They are shorter, have two root lobes, and are less symmetrical. They can sometimes be confused with Pseudohypolophus mcnultyi teeth. 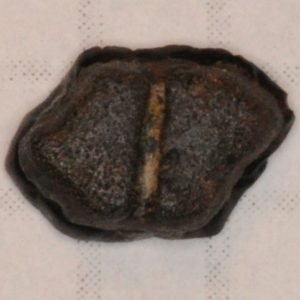 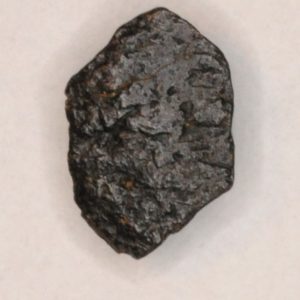 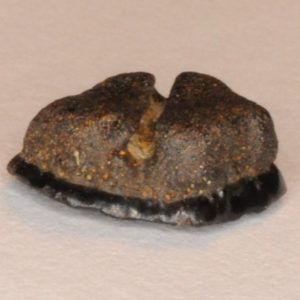 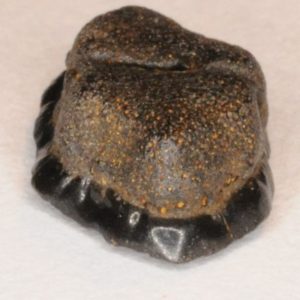 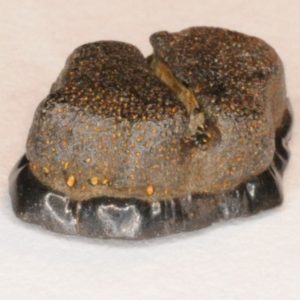 A lateral tooth showing a heavy in vivo wear pattern. In vivo wear is common on all ray teeth. They were shed just like shark teeth, but took on much more battering since they were meant to grind down shellfish, unlike shark teeth which were mostly used to tear/cut/pierce prey and were commonly lost after a single feeding. 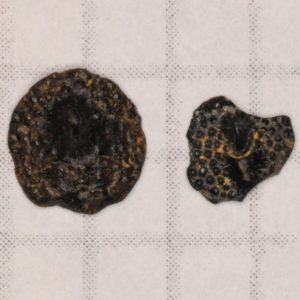 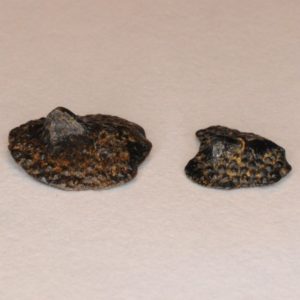 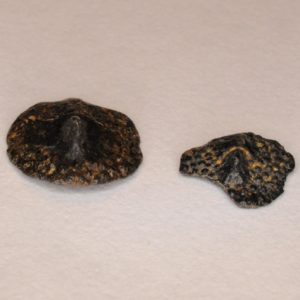 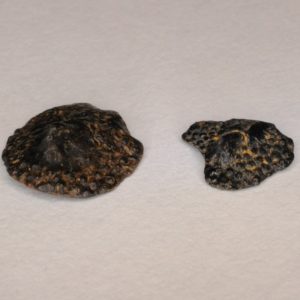 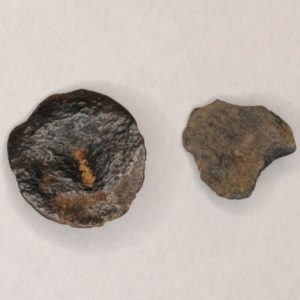 The rays Rhombodus laevis, Brachyrhizodus wichitaensis, and Pseudohypolophus mcnultyi had denticles which were relatively large (~ 1/8 – ¾ inches). They were approximately tear-dropped in shape and had a protrusion around the middle, when looking at them in occlusal view. The denticles of B. wichitaensis were said to differ from R. laevis denticles by the presence of small dots on the surface. R. laevis had striations. The denticles of P. mcnultyi are said to have resembled the denticles of B. wichitaensis. These ideas are not entirely clear. There is a chance that the small dots/bumps fell off easily pre-fossilization, similar to Hybodont spines which may have lost their tubercles in a similar manner (information from Steve B.). It might be that the denticles of the rays looked very similar. These denticles’ commonality is “very uncommon.” Associated remains need to be found in order to attribute the denticles to a specific type of ray.