The extinct sharks of the Lonchidion genus were around 6 inches long and most of them inhabited freshwater. Lonchidion, however, inhabited marine habitats and was a little larger. Its teeth have a low crown and are laterally elongated with a protuberance jutting out from the crown. Most of the teeth have a crest on the crown surface, and some are flat. I guess this has to do with tooth position. I suspect the ones with the crest to be medial teeth and the flat-crowned ones to be lateral teeth. Just like in Hybodus sp. teeth, the root rarely fossilizes. The root is similar in contour to the crown; it is basically a continuation of the crown in outline. Some of the cephalic claspers and fin spines that are identified as Hybodont are likely from Lonchidion. The main difference between Hybodus and Lonchidion claspers and fin spines is that the ones from Lonchidion are smaller. I’ve found several variations in Hybodont claspers and fin spines and I think some of them are Lonchidion and the rest are Hybodus. Some claspers possess a smaller hook and larger root, while others have a larger hook and smaller root. The variations in spines are described on the Hybodus page. 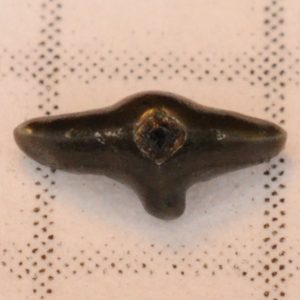 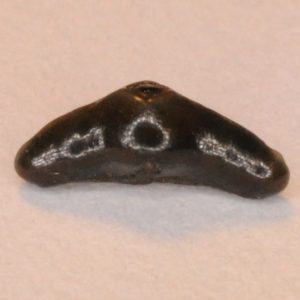 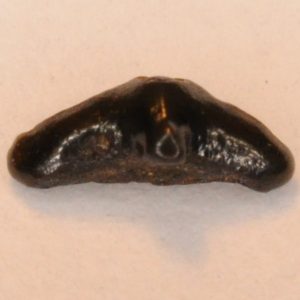 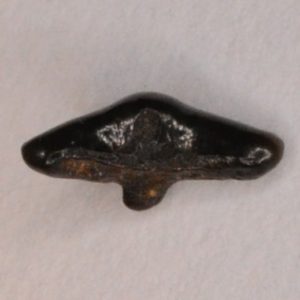 This is the more common type of L. babulskii tooth found. It has a crest in the middle of the crown. I suspect this is an anterior tooth. 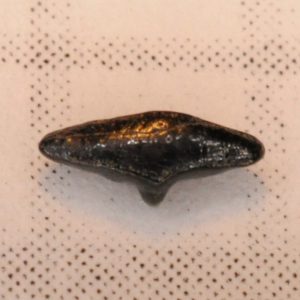 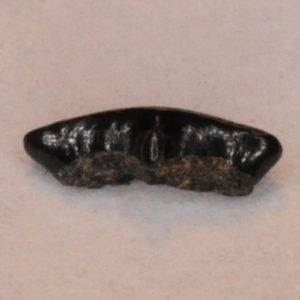 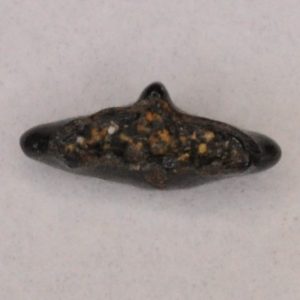 This is a different and less common type of L. babulskii tooth. It has a flat crown. I suspect it is a lateral tooth.